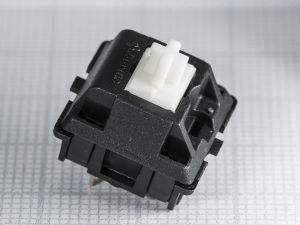 Cherry MX is one of the most common mechanical switches on the market; certainly so for contemporary mechanical keyboards produced by the likes of Ducky, Filco, Leopold, PLU, HPE, KeyCool and others.

Cherry MX switches are operated by depressing a spring-loaded slider to or past the actuation point of the switch. The slider is either a linear or tactile 'ramp' that displaces a leaf spring. When the slider is depressed, the leaf spring is allowed to complete the circuit between the + and - terminals that are soldered to the PCB.

Cherry MX switches are commonly referred to by their slider color but each switch also has it's own model number. Most parts suppliers will only accept the part number, so don't expect to find 'Cherry MX Browns' listed as such on Mouser.

Here is a collection of various Cherry MX switch components, including switch housings and spring and slider combinations for several of the more common Cherry MX switches: 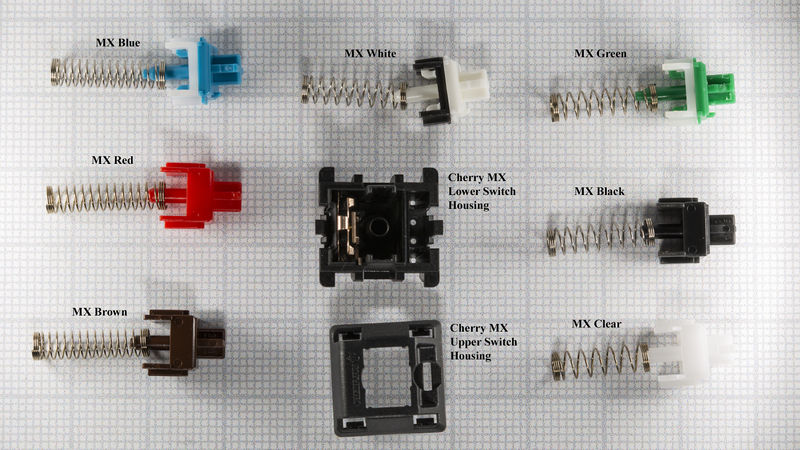 And a side profile view of several Cherry MX sliders: 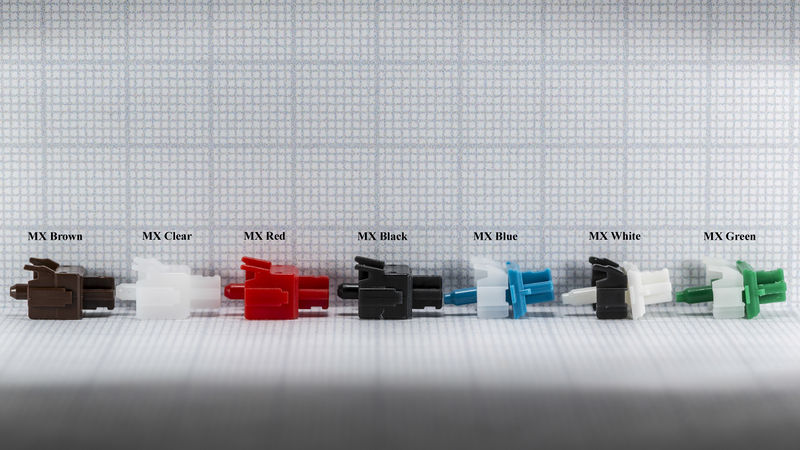 There are four 'common' MX models in addition to a few other switches that are not often used by keyboard OEMs.

These are switches that are not commonly used by OEMs anymore. Some people prefer these less common switches due to their specific feel or actuation force.

Note that the light Grey and dark Grey are very close in color.

These are switches that have been modified using parts from different Cherry switches. Since the switches are easily modified, many users have exchanged stems and springs to create unique switches.