The KBC Poker X is a compact (60%) mechanical keyboard made by Vortex. Although it seems to be getting phased out, it has a few advantages over the KBC Pure that replaces it:

It does have a few design problems, though. One is that the function lock on the Esc key (tilde) and on the lower-right nav keys is not reversible while holding Fn. Unfortunately, there is nothing that can be done about this. This is a particular problem with using vi or other cases where tilde is often used.

The other issue is a mechanical one. The PCB is mounted to the case at either end with screws, but there are no screws in the center. This causes the PCB to bow up slightly in the center, giving the keyboard a bouncy feel on the middle keys. Some folks have used a layer of thin foam between the PCB and the case to absorb this flex.

A better solution to the PCB flex problem is to add a center support and screw, like the Pure. This requires drilling a hole in the PCB and then supporting it by the case somehow. Some care is required in selecting the location of the hole so that you don't drill through the case. The area right above D51, between the G and H keys is a good location. There is ample space on both sides of the PCB. I used a 3/32" bit. 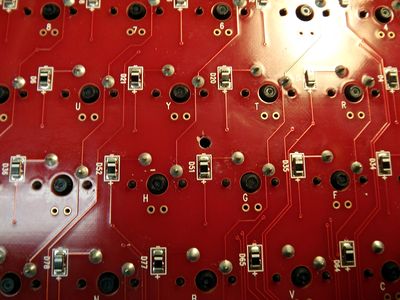 Try to drill relatively close to the the diode so that you don't hit the trace on the top of the PCB that is right under the Y key. 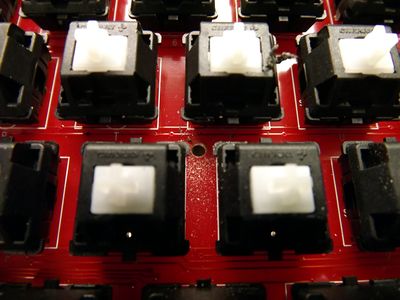 This location will put the hole close to a rib in the case. Temporarily mount the PCB in the case with a couple of screws. Be sure to use the hole next to the Tab key, since it provides the best side-to-side alignment. Then, using the bit you used to make the hole in the PCB, gently drill straight-down into the case below. You are just making a mark, not actually drilling through the case.

How you support the screw is up to you. You could mount a stud/offset similar to the ones already there. You could also drill completely through the case the use a long screw and nut. I opted to support the area with some scraps of ABS (cut from a Radio Shack project enclosure) welded to the rib in Poker case using Acetone. I then drilled a small 1/16" pilot hole. 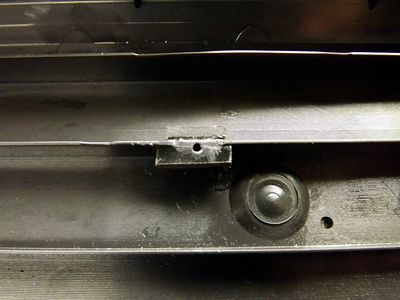 The PCB was then mounted to the case with a small brass wood screw. 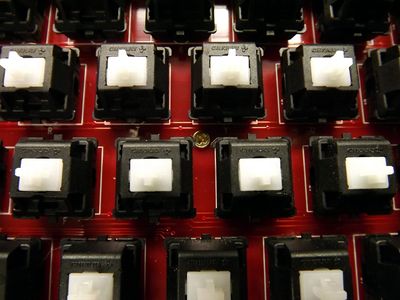 The Poker now feels much more solid than it ever did before. I'm even questioning if it was worth getting an Aluminum case for it.